Ms Khan, who was born in the UK and is half-Pakistani, half-Bosnian, said she “wasn’t intimidated in the slightest”. A viral photo of a woman smiling at an English Defence League (EDL) protester in Birmingham was snapped after she stepped in to defend a “fellow Brummie”, she has told the BBC.

The image of Saffiyah Khan has been shared thousands of times since it was taken at Saturday’s demonstration.

Ms Khan, from Birmingham, said she had intervened when she saw another woman surrounded by about 25 men.

The EDL said she interrupted a minute’s silence for terror attack victims.

Ms Khan, who said she was not part of an organised counter-protest, told the BBC she had been “quite surprised” when the photo was retweeted around the world.

“I don’t like seeing people getting ganged up on in my town,” she said.

She said she had initially been happy “to stay out of the way”, but “stepped forward” when another woman shouted “Islamophobe” at members of the EDL who had gathered in Centenary Square.

“A group of 25 quite big-looking EDL lads, they surrounded her,” she said.

“She was 360 surrounded… I stepped forward and identified myself as someone who supported her and contradicted them.”

After that, Ms Khan said, protestors gathered around her instead, which led to the scene captured by a Press Association photographer.

Ms Khan, who was born in the UK and is half-Pakistani, half-Bosnian, said she “wasn’t intimidated in the slightest”.

She added: “He put his finger in my face. It was very aggressive. A police officer was there and the man took his finger out of my face. I wouldn’t have responded violently.”

The picture was shared by, among others, Piers Morgan, who called it “photo of the week”, and Birmingham Labour MP Jess Phillips.

The EDL claimed on Facebook that Ms Khan had been part of a group that had interrupted a minute’s silence in memory of the Stockholm terror attack victims. 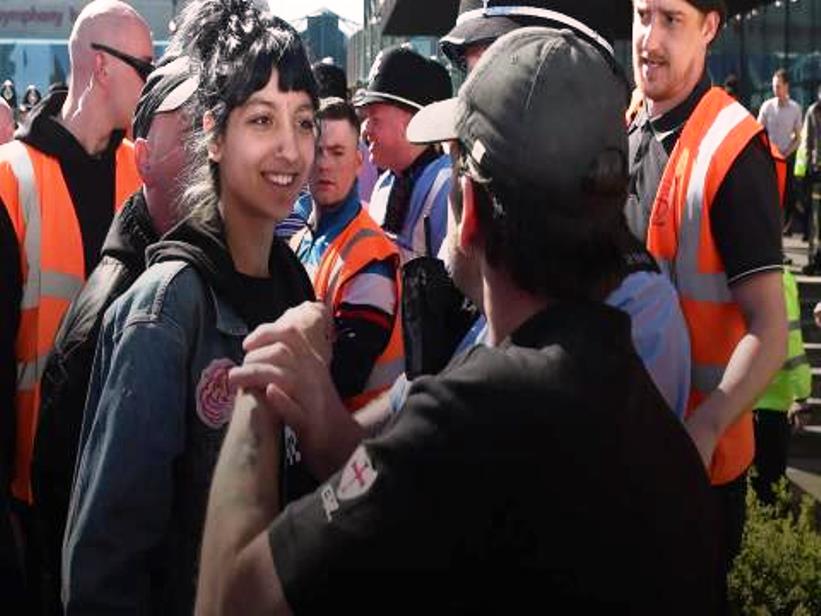 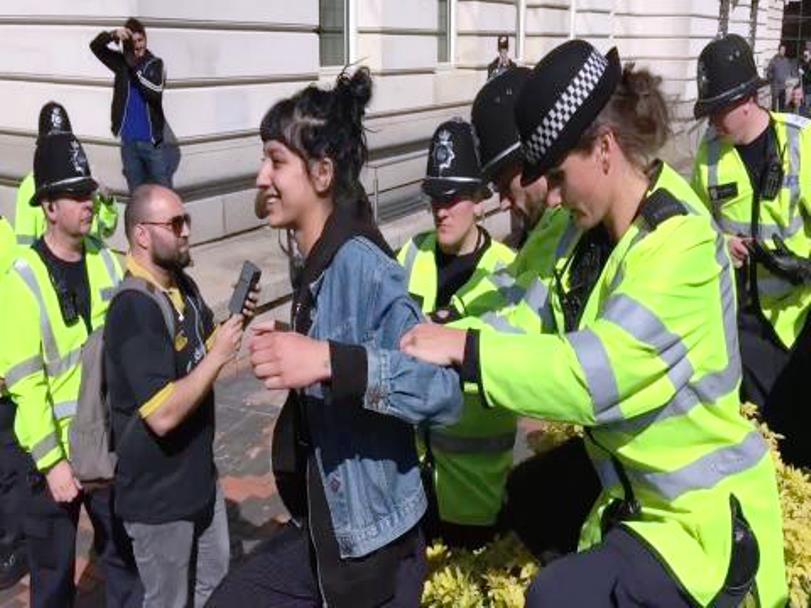