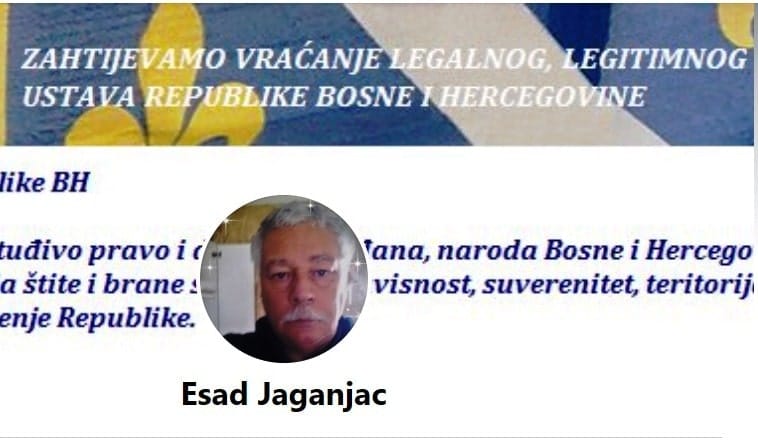 I am a Bosnian and British citizen currently living in the UK. In my opinion, the situation in Bosnia and Herzegovina Republic is gearing towards some serious instability and that is the reason I am writing to you.

My understanding is that you have been appointed per Annex 10 of the General Framework Agreement for Peace in Bosnia and Herzegovina. Also, I understand that your appointment is consistent with relevant United Nations Security Council resolutions, to facilitate the Parties’ efforts and to mobilize and, as appropriate, coordinate the activities of the organizations and agencies involved in the civilian aspects of the peace settlement by carrying out, as entrusted by a U.N. Security Council resolution, the tasks set out within Annex 10. This gives you big responsibilities over the current and future events in Bosnia and Herzegovina Republic.

However, your past and present diplomatic activities bring some concerns and question marks.

Mr. Schmidt, this was a hugely inaccurate statement, which is very disappointing. Please read again Annex 4 of the General Framework Agreement for Peace in Bosnia and Herzegovina.  It is written the following:

There is no quote of “tribal” type election, where 3 “tribes” elect their “tribal chief”  by having 3 separate election boxes, with the white, yellow and red star on the voter’s hand sleeve. The meaning of Article V is that citizens of the Federation elect two members of the Presidency and one of them has to be Bosniac and the second one Croat, not Bosniak representative (or chief) or Croat representative (or chief).

Within democratic societies there are no tribal chiefs or leaders or legitimate tribal representatives, nothing of that was stated within the current B&H Constitution. Who elects tribal leaders in German Parliament? How many tribes do you have and how many members of Presidency do you have? B&H state is not a special state, it is a multi-ethnic state like all other states in the world. Next to B&H state, there is Montenegro state, which is much more multi-ethnic than B&H, Macedonia state, and all others, and all of them are multi-ethnic, including Serbia and Croatia. B&H Constitution is entirely discriminatory because besides 3 ethnic communities many citizens are not part of these communities and therefore cannot be elected. It seems that your understanding of the BH Constitution is that B&H state is a state where 3 “early man tribes” from the bronze age live together.

So Mr. Schmidt, please read BH Constitution and please stop advocate anyones’ representatives, because such a thing does not exist within B&H Constitution. Member of Presidency are just citizens of the B&H, elected by the citizens of B&H, who should take care of all B&H citizens and B&H Constitution is just directing that one of them has to be from the Bosniac community, the second one from the Croat community and third one from the Serb community, from the Republica Srpska. There is a huge difference between being “tribal chief “ as you stated for Mr. Dragan Covic and being a member of the Presidency that comes from the Croat community, such as Mr. Zeljko Komsic, legally elected during the last election. Besides that, your responsibility in the future should be that even this kind of undemocratic discrimination remove from the B&H Constitution, as requested by the Venice Commission and ruling of the ECHR (Sejdic-Finci, Pilav, Zornic, etc.).

“We had no contingents, but we got involved in the whole process. And here it is crucial that society must lead an internal conversation and work on itself. The belief that legal provisions could ensure someone’s influence will not work in the long run. That is not possible in a common state. Other ways need to be found. But I am also of the opinion that it is legitimate for ethnic groups, in this case, the constituent peoples, to find themselves again in political decision-making bodies. Just some kind of political blood count – I don’t think that will be enough in the long run.”

The difference between phrases “constituent people” and “constitutive people” is huge, as follows:

This wrong translation is now used by the Constitution Court of the B& H state and all other institutions in Bosnia and Herzegovina and it is heavily misused.

Misuse of this wrong translation can be seen in the blockade of the establishment of the new elected Parliament within the Federation of Bosnia and Herzegovina entity, where JCE (Joint Criminal Enterprise) from Croatia, by using their proxy

HDZ B&H is blocking forming of this new elected (2018) entity Parliament unless B&H adopts their tribal type proposal of the Election law.

Following Annex 4 constituent people in B&H, Bosniacs, Serbs, Croats are just part of the whole citizens of the B&H state, not the people who constituted the B&H state as the wrong translation suggests. Besides, even discriminational chapters stated within Annex 4, that give them unjust right to alone establish Presidency and House of People should be removed from the B&H Constitution, as requested by the ruling of the ECHR.

We all know that this huge and complicated power structure imposed by the Dayton agreement  (Annex 4) and all of these blockades and blackmails are not part of the collective vital ethnic rights issue, but all of that is part of the continuation of the two Joint Criminal Enterprises (JCE) that has been active for centuries to divide, destroy the B&H Republic and create greater Serbia and greater Croatia on its soil. Next to us, there are a Montenegro state and North Macedonia state, which are more multi-ethnic states than B&H,  but they have a simple citizen type of representative democracy and citizen type of Constitution like all other democratic states in the world.

Therefore, we kindly ask you to make an effort to officially translate Annex 4 of the Dayton agreement, and facilitate the right translation among B&H institutions and BH press media. The first translation of Annex 4 has been done by  Mr.Carl Bildt in 1996., and that translation has never been approved by current B&H institutions.

4. Mr. Schmidt, we kindly remind you that the President of the Bundestag, Wolfgang Schäuble, also spoke at the Symposium on Sunday 05.09.2021., where you had been present as well.

According to Deutsche Welle, Schäuble believes that, unlike the dramatic collapse of Western policy in Afghanistan, something has been achieved in BiH with the intervention of the West and Dayton. Even a fragile peace has been maintained, although the problems are enormous. Thinking in terms of ethnicity among Bosniaks, Bosnian Serbs, and Bosnian Croats is increasingly dominant, centrifugal forces operating under the influence of neighboring countries and threatening to tear apart a fragile state. He said the following:

“In that case, it would remain a Muslim island with significant conflict potential and as a constant source of unrest – especially since there is also the self-proclaimed protector Turkey.”

Mr. Schmidt, please let us know how did you feel about Mr. Schäuble’s thoughts and did you respond to this his statement as a B&H OHR of the state, where the majority of Bosniaks have a Muslim fate. The meaning of his speech is: “Wherever there is Muslim island there is a problem-significant conflict potential” What does it mean? We all know what has happen when some other President of the Bundestag had a similar thought about “Jews island” in Europe in the 20th century. Is it the case that the current Bundestag considering a “final solution” again, this time for “Muslim island” in Europe.

I know this is a question for Mr. Schäuble, but you have been present during that symposium and the right thing would be if you confronted him regarding these fascistic thoughts. Being silent could be understood that you agree with him, which would be extremely disappointing for all civilized people of the world.

Within Article 1, point 2 (International Standards) of Annexe 4 of the GFAP (General Framework Agreement for Peace in Bosnia) it is written that this Convention shall apply directly in Bosnia and Herzegovina and shall have priority over all other law.

But, contrary to this Convention, we have within Article IV and V declaring who can and who cannot be elected for Parliamentary Assembly, imposing discrimination on all B&H citizens who are not members of 3 constituent people. This matter had been examined by the European Court of Human Rights-ECHR on 4 occasions (Sejdić-Finci, Zornić, Pilav, and Šlaku) and Court ruled in favor of appellants.

Therefore Mr. Schmidt we expect that you take this ECHR ruling as a priority to implement and reject all artificial issues raised by 2 joint criminal enterprisers acting in B&H state on behalf of the two neighboring states.

At the end of this open letter, I wish to believe Mr. Schmidt that you are a person with the right motive and intention to bring a rule of law and prosperity in B&H state, for the benefit of all its citizens and constituent and other people.

The common people of the B&H state loyal to its homeland believe that GFAP is just temporary “armistice” imposed on the B&H Republic unjustly, favoring and prising the neighboring states, who attempted division and occupation of the independent B&H Republic. Like all good stories, in the end, the all-good forces will prevail and evil forces will go to the trash of history. We hope you will be on the right side. The man was born to die once, but shame stays forever. Mr. Karemanns, commander of the Dutch UN forces, knows this very well.