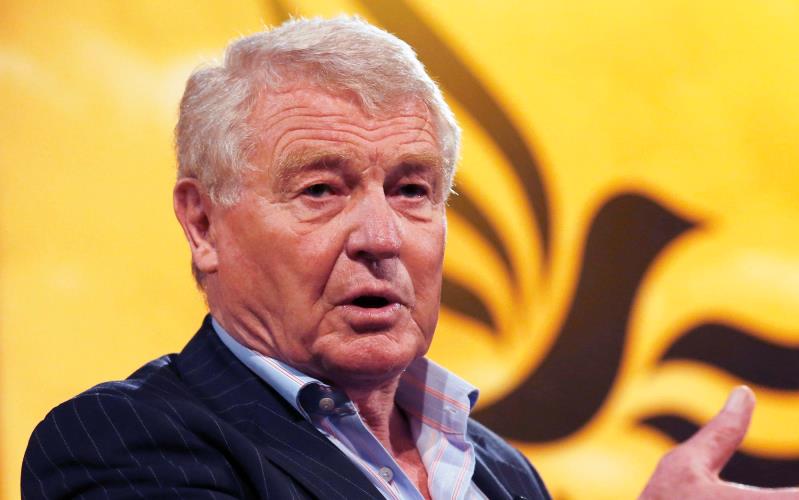 “Lord Ashdown will be remembered for many things, but for us, he will forever remain a loyal and longstanding friend of Bosnia and Herzegovina and the Bosnian people. Early on during the 1992-1995 war in Bosnia and Herzegovina, he called for air strikes against the Bosnian Serbs, and while serving as the High Representative of Bosnia from 2002 until 2006, he used Bonn powers in order to adopt binding decisions and remove public officials who violated the Dayton Peace Accords. In short, he was a reformer with a steady hand who believed in justice and progress. We remain forever grateful to him for his exemplary service and friendship,” stated ACBH President Ajla Delkic.

Lord Ashdown remained loyal to Bosnia until the end, stating that the proposed Kosovo-Serbia border changes would only incite further ethnic tensions, and only benefit Russian President Vladimir Putin and the Bosnian Serbs. In the August 2018 letter that was sent to EU High Representative of the European Union for Foreign Affairs and Security PolicyFederica Mogherini, Lord Ashdown, among others, stated that “moving borders like this will not solve divisions, it will deepen them…and be misused by nationalist politicians to further challenge borders and destabilize other countries in the region.”

All of us at ACBH extend our heartfelt condolences to the Ashdown family.

Any cookies that may not be particularly necessary for the website to function and is used specifically to collect user personal data via analytics, ads, other embedded contents are termed as non-necessary cookies. It is mandatory to procure user consent prior to running these cookies on your website.